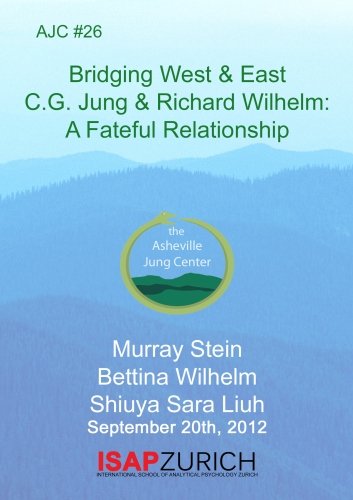 My reading and interpretation this week is on Hexagram 58, The Joyous Lake:

The ancient Taoists emulated the behavior of the Lake to practice achieving tranquility in the disturbance. Regardless of the changes, we can make our hearts like a lake to discover how the path opens before us.

“Make your heart like a lake
with a calm, still surface
and great depths of kindness.”

True Joy is experienced by those who are strong within and gentle without.

Hexagram 58 teaches us to come into possession of joy. In our search for success and happiness, we are prone to think we must take aggressive actions to achieve them. The instruction of the I Ching is the opposite: only those who practice innocence, acceptance, and detachment inherit true joy in this World.

I am a fixer and people-pleaser by birth.  When confronted with a problem, big or small, my first thought is to jump right in without thinking and try to apply a solution.   Most of my problems today result from this reflexive thinking and subsequent action.

Think how you feel when confronted with a peer’s outward appearance of success while you may not be doing, on the surface, quite as well.  Does the ego tempt you to take on airs and assume a persona of outward accomplishment in spite of experience to the contrary?  Have you been there?   Life lessons.
One need only consider how Facebook has created so much “comparison” depression. Remember, your friends and family rarely, if ever, post pictures of their moments (snapshots of an argument between spouses).

The sage counsels us to take a different approach.  The I Ching teaches us again and again that joy and success cannot be forced or stolen. They are achieved gradually but steadily by those who relate correctly to others and to the Higher self within. To relate correctly means practicing innocence, detachment, acceptance, modesty, and gentleness.  Life is full of shortcut options, but this gradual way is the only route that leads to true joy.

Last night I read the first few chapters of  Richard Wilhelm’s translation of the Secret of the Golden Flower  T’ai I Chin Hua Tsung Chih.   The Secret of the Golden Flower recommends a disciplined, routine practice of meditation, including Prana breathing techniques,  towards realizing the primordial spirit.  Take a moment or an eon to read either Wilhelm or Thomas Cleary’s translation of this ancient text.   The secret of Golden Flower also describes a method of approaching life with mindfulness, avoiding reflexive responses.

When you find yourself in the midst of turmoil, don’t act capriciously and create even more havoc.   Observe yourself interacting with others, especially those you have difficulty with.   Practice taking a moment before speaking and catch your immediate response for something more measured and innocent.  Attempt to see the Buddha’s (innocent) nature in even the most negative people.   You may be surprised by the outcome.

Another important reminder is to take a moment each day, call it a stolen moment, for yourself.   Use this moment to find refuge inside.  Recite a prayer or mantra (see Guru Rinpoche mantra below).    So many external forces assault us daily that we must take this time (stolen moment) for ourselves.

Try a simple recitation. “Divine Source, replace all negative thoughts with your love and light”.

In the super busy worlds, we occupy, lessons from our forebears resonate even more.    Guru Rinpoche (Lotus Born-Padmasambava) foretold the future in Tibet, China, Mongolia, and elsewhere that would be fraught with warfare, chaos, and anxiety-prone individuals.  Please read the full account of “The syllable by syllable commentary.”     What is the remedy?  Settle the mind.

Finally, the buried lead in my heading today,   The Wilhelm story, is related to his dear friend and colleague Carl G. Jung. This story is based on an event experienced by Richard Wilhelm, the first significant translator of the I Ching.

Wilhelm, who died in 1930, spent most of his life as a German Evangelical minister to China and was proud that he never converted a single Chinese. The event occurred before the First World War when Wilhelm visited a small village in Northern China. C. G. Jung, who saw Wilhelm as a great “maternal intellect” who “inoculated us with the true spirit of the East,” took the story as a paradigm of the synchronistic power of the inner work to effect change that ambition and aggression never could. The village Wilhelm visited in July, or August, was experiencing a drought. The village had received no rain in over five years. The situation was quite serious and the villagers were doing everything they could. The shamans lay naked in the sun to call the rain spirits, exorcists in fine robes set off firecrackers to drive away malevolent spirits, and the local Catholics processed their idols through the village incessantly. Nothing worked. The village elders came together in consternation. There was nothing else for it, they decided – they had to call a Rainmaker. They put a message onto a small train headed up the surrounding mountains. Three days later, the train returned, and a little man stepped out. The Elders clustered around to welcome him, offering him all the resources the village could muster- beautiful ritual robes, lots of firecrackers, all the money they had, the last reserves of their stored food, and, most probably, their daughters. “Make me a little hut at the edge of the village,” the little man replied. “Put my rice in front of the door thrice daily.”

“Is that all?” the astonished elders asked. “Yes, that is all.” The hut was quickly assembled. The little man entered it and closed the door. The rice disappeared regularly. Nothing happened. Three days later, it started to rain. Then it snowed. Then it hailed. Five years’ worth of precipitation came down in about 48 hours. When the skies cleared, the villagers sang and celebrated with joy. The little man emerged from the hut and headed for the train platform. But unlike the villagers, Wilhelm was watching him. He went up to the little man on the station platform and, after a very courteous bow, asked him: “Honored, Sir, that was amazing. You made it rain! What did you do?” “Nobody can make it rain,” the little man replied. “But, the rain came – really, what did you do?” “You know,” the little man replied, “it is very simple. Where I live, up on the mountain, we live in Tao. When we need sun, the sun comes. When we need rain, rain comes. But these people here? They are crazy! Totally out of Tao. When I come here, I get crazy, just like them. So I go into the hut, put myself back in Tao, and rain comes. I didn’t do it. It just happens.” Each time we go into the little hut burdened by collective insanity, we give up our certainties and drives, open ourselves to the Way of Change, and let its symbols reshape our hearts. We are that Rainmaker. And as we do the inner work, unconcerned about the outcome, magically, synchronistically – “of course the rain comes. 2

Related articles across the web