Music: A Footprint of the Universal Expression 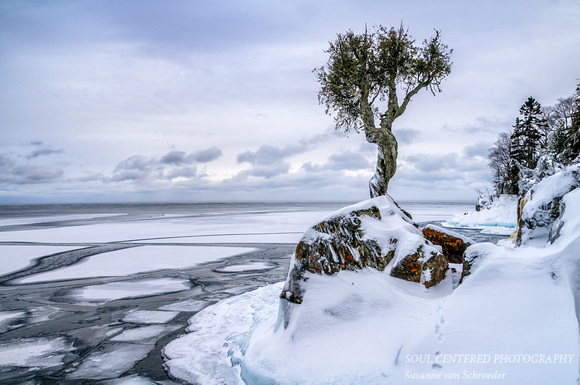 Music: A Footprint of the Universal Expression

As Above, So Below and As Below, So Above

A piece of music is a miniature representation of the Universe; and by cultivating our awareness and appreciation for a composition as an interdependent web of sounds, we can expand our intellectual and existential understanding of the Cosmos.
How So? An analogy of the Universe using music, and because of the rising popularity of (and my love for) edm and idm we will use computer music for our probe into the unknown and the unknowable. When a computer musician creates a composition he opens a database that contains a wide variety of instruments that he can choose to use, alter, or not use within his composition. From there the musician begins to arrange the music (make it manifest) from what he has particularly in mind from his imagination. The toms, hi-hats, guitar, synthesizer, bass, etc. all have a particular set of properties, functions, frequencies, along with preferred and unconventional uses within a piece.
The musician begins to arrange the music; he places these component parts together and through time adds and subtracts various elements, he intensifies certain components while making other properties softer. Through this process of painting over silence the composition takes shape. Now, the composer of the work knows what instrumentation he chose to use and in what parts of the piece those instruments are to be featured, along with how those instruments are to interact with each other to elicit a particular mood within the listener. The musician thus establishes a dependent relationship between various independent entities (interdependence). For example: the hi-hats and kick-drum are independent instruments but when played together their effect produces a particular rhythm (a dependent relationship). However, while that rhythm is being played it would be incorrect to say that the hi-hats and kick-drum are operating solely as independent entities because their interaction generates a rhythm (and feeling) that is greater than if they were played by themselves; but it is equally incorrect to say that they are solely dependent entities because they maintain their original characteristics. Hence the hi-hats and kick-drum are operating in a web of interdependence. A composition is built upon a complex and ever-changing web of interdependence; of parts that come together to form a whole that is greater than the sum of its parts.
For the untrained listener the first time that he listens to a piece he neither thinks about (as the composition progresses) what previously he heard in the composition nor does he think about how the composition is going to end; rather, he listens succinctly and hears the music immediately as it is produced. He hears not the component parts but rather the full richness of the composition as it progresses. Interestingly enough though, it is not hearing the ‘wholeness’ of the music that keeps the listener entertained; but the mood, the feeling, that this holistic progression through time generates within him (this holistic web of interdependence).
In this analogy, the composer, the database, and silence represents the eternal Divine (the Universe if that better fits your preference) who makes Himself known through space and time, i.e. creation, his composition. The musician, the Creator, is ever involved in his creations for he articulated part of His un-manifested Self into it and thus made it manifest.
Each instrument is unique, yet still part of the composer and the database. It is through the contrast of silence and the interdependence of each instrument used that the whole is formed. Similarly, it is the contrast of each perceived unique entity and force in the universe that makes creation possible (gravity, happy/sad, active/inactive; rocks, plants, animals, humans; human personalities, physical features, lifestyles, etc).
Man is a unique instrument within this composition, because we are conscious of it. However, theology and philosophy can sometimes make reality more elusive; because existence is the most obvious of realities, and because of its simplicity we lack any means of defining it. Its dialectic behavior needs not fit with our logic. In attempting to define creation, the theologian and philosopher at best can only define a partial truth; either by affirming one end of the spectrum of creation and rejecting the other or by defining an aspect of reality that is no longer applicable.
To continue the analogy, it would be like a listener focusing only on the closed hi-hats while a piece is being played, thinking about the previous 10 seconds, or thinking about how the song is going to end while the composition is progressing. In either instance, the movement in its entirety is being missed, and along with it the mood of joy, sadness, tranquility, longing….ecstasy that the composer is trying to convey in that moment in time to the listener.
Likewise, in day to day life, we have become accustomed to living a life of analysis. We’ve forgotten our ability to feel. A product of this way of living is that we dwell in the past, project in the future, or sharpen our awareness of the present moment to accomplish some task. In this frame of mind, the here and now, the richness of being is missed.

Going Forward: The Music analogy as a meditation
It is interesting to note that science has proven that energy/matter operates as both a wave and a particle; and thus vibrates. We can therefore think about this existence as being comprised of sound (vibrations); with consciousness operating at different vibratory rates to manifest itself as a tree, grass, rat, dog, human, water, oxygen, cells, microbe, etc. This consciousness ever pervades the cosmos ever manifesting itself into a web of complex interdependence. (Remember: So Above as Below, and As Below So Above) This consciousness creates beautiful sounds, some are human, some are planets, and some are streams and oceans; but all have a beginning and end.
What makes music so beautiful is that it is perfect imperfection superimposed upon perfect perfection. The sounds (the temporal universal entities) are perfect imperfections because their interactions create tensions (and resolutions as a polar opposite of tension) within the listener. Thus these tensions bring out certain moods…experiences for a listener (consciousness/ localized consciousness [you!]). However in order for this composition to unfold it must be supported by perfect perfection, i.e. silence. Silence (Consciousness) is beginningless and endless. Sit in a room for five minutes in silence and then play your favorite composition or song and then sit in silence for another 5 minutes and then play another track. You’ll eventually notice that the silence has not gone anywhere; its presence was merely masked by the song or composition. You can even try to notice the split moments when there is silence in the middle of a track and its effect upon the composition.

Test: The Meditation
The Buddhist Sutra, in form there is emptiness and in emptiness there is form; form is form and emptiness is emptiness illustrates the relationship between sound and silence. In sound there is soundlessness and in soundlessness there is sound; sound is sound and soundlessness is soundlessness. This is something we can both ponder over and practice!
If you are a music lover, we can bring our love of music into the service of our search for what it means to be conscious and what it means to be a part within the Universe. As a method for identifying ourselves with the aspect of ourselves that is consciousness (the soul, the spirit, the no self, the self, etc.) it may be helpful to envision yourself as silence; as utterly silent. First let it be an imagining and watch it turn into a reality (it is a practice!). When you eat, when you are walking, when you are typing on the computer; allow yourself to be at the center of every sound you hear. You can cultivate this by being mindful about the sounds that are reaching towards you in each moment or by imagining that you are silence. This does not mean that you need to be silent, but rather your inner world is in a state of silence. When thoughts and emotions come, it may be helpful to tell yourself that your silence remains untouched and these thoughts and emotions are sounds that will pass. It is their nature; and rather than being critical of your thoughts and emotions, you just remember that they are a part of your inner music. Sometimes it’s Hip Hop, Funk, Rock n Roll, Jazz, or in my case Deep House and Techno; but if we can cultivate an accepting attitude of our way of being in time we will begin to experience moments of silence and tranquility.
Silence.