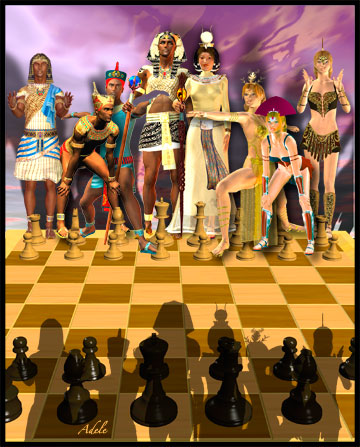 Legge: Metamorphosis is believed only after it has been accomplished. Firm correctness abolishes regret and brings successful progress.

Wilhelm/Baynes: Revolution. On your day, you are believed. Supreme success, furthering through perseverance. Remorse disappears.

Blofeld: Revolution. Men will have faith in it not before the day of its completion- sublime success! Determination in a righteous course brings reward; regret vanishes! [Very often, this means renovation, as of character, etc. But it may also mean exactly what it says; Confucius, though he regarded loyalty to the ruler as one of the highest virtues, recognized that evil men forfeit their right to rule by their excesses. This notion probably antedates him by many centuries.]

Liu: Revolution. When the appropriate day comes, people will believe in it. Great success. It is beneficial to continue. Remorse vanishes.

Ritsema/Karcher: Skinning; before-zenith sun, thereupon conforming. Spring Growing Harvesting Trial. Repenting extinguished. [This hexagram describes your situation by stripping away a protective cover. It emphasizes that radically changing and renewing the way you present yourself is the adequate way to handle it…]

Shaughnessy: The Bridle: on the si day, then return; prime receipt; beneficial to determine; regret is gone.

Cleary (1): In revolution, the sun of the self is the truth: This is creative, developmental, fruitful, and perfect. Regret vanishes. [In old texts, when it says that the alchemical elixir is in people, but first they have to refine the self and wait for the proper time, this means to make a radical purge of all the pollution of past influences and not let any flaws remain in the heart.]

Cleary (2): Change is believed in on the day it is completed. It is very successful and beneficial if correct. Regret vanishes.

Wu: Reform indicates that revolution will become credible when the time is ripe. In this way, it is great and pervasive and advantageous to be persevering. Regret will disappear.

Legge: A fire in the marsh — the image of Metamorphosis. The superior man synchronizes his astronomical calculations to clarify the times and seasons.

Wilhelm/Baynes: Fire in the lake: the image of revolution. Thus the superior man sets the calendar in order and makes the seasons clear.

Blofeld: This hexagram symbolizes fire rising from a marshy lake. The Superior Man regulates the calendar and thus ensures that men are clear about times and seasons.

Liu: Within the lake, fire — this symbolizes Revolution. The superior man makes a calendar, clearly arranging the seasons.

Cleary (1): There is a fire in a lake, changing. Thus superior people made a calendar and clarified the seasons.

Cleary (2): Fire in a lake – changing. Leaders make calendars to define the seasons.

Wu: There is fire below the marsh; this is Reform. Thus, the jun zi is inspired to develop a calendrical system for keeping time.

Confucius/Legge: In Metamorphosis, Water and Fire extinguish each other. When two daughters with opposing viewpoints live together, change is inevitable. Still, after the change is accomplished, faith is accorded to it: Clarity brings good cheer and progress through what is correct. When a transformation is properly accomplished, all occasion for regret disappears. Heaven and earth undergo their changes, and the four seasons complete their functions. The rulers of the old transformed the state by the will of heaven and in response to the wishes of men. Great indeed is what takes place in a time of change.

Legge: The written character translated as Metamorphosis is used here in the sense of changing. Originally used for the skin of an animal or bird, it received the significance of changing at a very early time. The figure deals with the subject of changes that are called for in the country’s state. The necessity for change is recognized, and hints are given to the spirit and manner in which they should be brought about.

The Judgment assumes that change is viewed by people generally with suspicion and dislike and, therefore, should not be made hastily. [This can refer to inner complexes, habits, etc. – Ed.] When the necessity for change has been proven beforehand and carried out with firm correctness, the issue will turn out satisfactorily.

Judgment: Hidden within its cocoon, the caterpillar becomes a butterfly — who would believe it until the Metamorphosis was complete?

The Superior Man recognizes that celestial sequences create changes only when they are due; therefore, he acts following the times’ requirements.

The forty-ninth hexagram makes an analogy between the natural Metamorphosisof of animal pelts and the proper way to regard radical changes in government. Lines one, five, and six all refer to the skin, and two, three, and four refer to politics. The general idea is that radical transformations occur at their own natural pace — they cannot be successfully forced any more than eggs can be made to hatch before their time. The Image makes this point in its reference to the celestial correlation of the seasons.

There is a time for everything,

A time for every occupation under heaven:

A time for giving birth,

A time for dying;

A time for planting,

A time for uprooting what has been planted (etc)…

Once one assumes conscious responsibility for the Work, there comes a long and indefinite period in which one labors unceasingly without any visible results. Dream images and I Ching meditations will indicate that progress is being made. Still, the ego’s life in spacetime consists of seemingly fruitless labor to serve a metaphysical ideal. This is a universal experience — it happens to everyone who undertakes the Work. In the Western Mystery Tradition, it is known as the Dark Night of the Soul. (See Hexagram Number-36 for further insights into this unavoidable phenomenon.)

The Personality undergoes a willful “death,” surrendering everything that it believes itself to be. Most difficult is that this total surrender of life, this initiatory sacrifice, must precede the experience of cosmic awareness. One is required to give up the totality of one’s being, one’s very life, in relative darkness, yet in the faith that there will be a resurrection into the Light.
R. Wang — The Qabalistic Tarot

Psychologically interpreted, Metamorphosis means that changes occur in the unconscious psyche but don’t expect to manifest until their growth is complete. The ego must recognize this and persevere with the Work, even when “common sense” counsels otherwise. It is a period of probation and trial, and many fail the test.

There is no short cut without impeding growth or setting the flow pattern of the Soul back, until each physical or psychological function has been correctly connected or developed … Many aspirants do not perceive this law and become impatient and even lose faith when Providence seems to be holding back. Nothing occurs outside its time as it is part of a sequence in the great cosmic cycle that unfolds the Grand Design of Existence.
Z.B.S. Halevi — Kabbalah and Exodus

If there is any consolation in this terrible ordeal, it is that others had made the journey before you and survived. Keep the faith that, in the imagery of this hexagram, the lower trigram of Clear Perception following the upper trigram of Cheerfulness will lead you through the most challenging of all transformations.

Where the issue of ultimate meaning is constellated, transformation will eventually occur, even though only by way of a great deal of suffering.
E. C. Whitmont — The Symbolic Quest