Hexagram 13 Fellowship with others 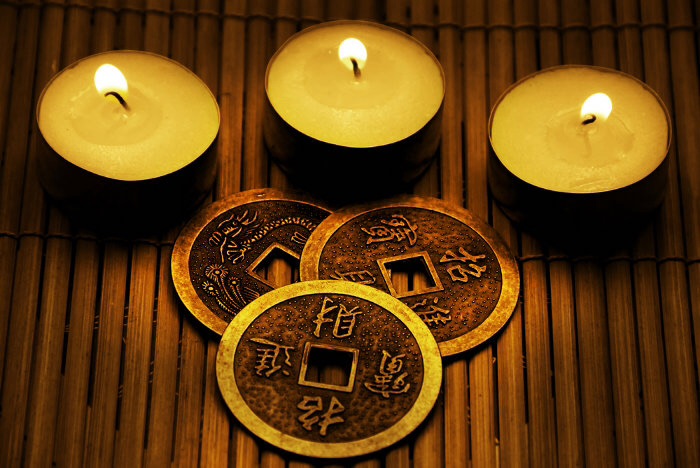 This is the Reading I received this weekend. Where I have strayed from proper conduct is where I will place my focus. This is a very clear course correction for the heart that listens. The sage will aid us when we heed this sagely advice.

Hexagram 13 Fellowship with others.

I have included an excerpt from James DeKorne’s website at the bottom of this post. “Union of Forces”

FELLOWSHIP WITH OTHERS
In fellowship with others,
embody the principles of the Sage.

This hexagram addresses the proper basis for relationships with others. It generally comes as a sign that some kind of self-correction is in order in this arena.

Proper relationships, whether in love, work, family, or friendship, must be founded on and conducted under proper principles in order to succeed. Our model for how to behave with others is the Sage: in relating we are obliged to practice kindness, humility, correctness, equanimity, and openness. Wherever we depart from these we lose the aid of the Higher Power and risk and encounter with misfortune.

The fundamental rule of the I Ching for the conduct of relationships is that they take place in the open. This means that every facet of a relationship should be seen as fair and correct by everyone concerned, not just yourself. It also means that it is improper to enter into or continue in relationships with unspoken reservations or hidden intentions.

Exceptional things can be accomplished by those who come together correctly in fellowship now under the guidance of an enlightened leader or leaders. Seek that role by patterning yourself after the Sage. Meet others halfway in a spirit of sincerity and receptivity. Give trust where it is due; where it is not, do not resort to harshness – reserve and reticence are adequate measures. Avoid the formation of factions and cliques, and correct your errors in relationships as soon as you become aware of them. In this way you can accomplish magnificent deeds now.

to maintain your will, it is advisable to push for a synthesis .

The Superior Man differentiates and prioritizes; he sorts and evaluates his options.

This is another image of union — not the supreme union of hexagram number eleven, Harmony, but a subordinate union of forces within the psyche which builds toward an eventual grand alliance. The component trigrams show the union of Strength and Clarity, suggesting that a certain level of mental comprehension is involved. To receive the hexagram without changing lines is often a confirmation of your particular thought — saying, in effect: “You’ve made the connection.”

Comprehension (synthesis) involves making distinctions (analysis) — a paradoxical process in which one must divide before one can (re)unite. (This is the solve et coagula of alchemy.) Thus we see the superior man in the Image creating categories to bring about union — this is discrimination directed toward reclassification or rectification. For example, a heterogeneous mixture of vegetable and flower seeds is made meaningful when one sorts them into their separate categories. The disparate elements then become coherently “united” — in I Chingterms, each line obtains its proper correlate as in Hexagram number 63.

(Dialectic) alternates between synthesis and analysis until it has gone through the entire domain of the intelligible and has arrived at the principle. Stopping there, for it is only there that it can stop, no longer busying itself with a multitude of objects since it has arrived at unity, it contemplates.
Plotinus — The Enneads

The Chinese name of this hexagram includes the word Jen, which is apparently a difficult concept, since many philosophers have spent a good deal of energy in trying to define it:

Jen has been variously translated as benevolence, perfect virtue, goodness, human-heartedness, love, altruism, etc. None of these expresses all the meanings of the term. It means a particular virtue, benevolence, and also the general virtue, the basis of all goodness. …Neo-Confucianists interpreted it as impartiality, the character of production and reproduction, consciousness, seeds that generate, the will to grow, one who forms one body with Heaven and Earth, or “the character of love and the principle of mind.” In modern times, it has even been equated with ether and electricity…
Wing-Tsit Chan — A Source Book in Chinese Philosophy

Chu Hsi defines Jen as the “character of the mind” (psyche) and “the principle of love” (union). Interpreted in this way we are enabled to apprehend the essence of the word “love,” which is union — becoming one with its object. I have chosen the title of Union of Forces to emphasize intra-psychic dynamics which are not immediately obvious in Wilhelm’s title of Fellowship with Men. For example in dealing with questions pertaining to the Work, the concept of “ego states” or “subpersonalities” is often relevant to the symbolism of this hexagram:

The human self has been described here as composed of different ego states separated by boundaries. It has been likened to the structure of political principalities. From clinical observation we find that ego states can cooperate for mutual well-being, like allied nations against a common enemy. An ego state may become split, like East and West Germany, or fracture into many segments, like the Austro-Hungarian Empire. Ego states may become cognitively dissonant and hostile to each other, like Syria and Israel. In fact, the behavior of ego states within an individual is not unlike that between individuals, and between those groups of individuals called countries. Why should the behavior of human “stuff” not be substantially similar at all levels of its organizations? …The evidence of self division into ego states is significant, and an equally tenable hypothesis might be that the states and boundaries of political entities have been imposed by men on each other because these represent an externalization of the internal divisions in their own selves.
J.G. Watkins — The Therapeutic Self