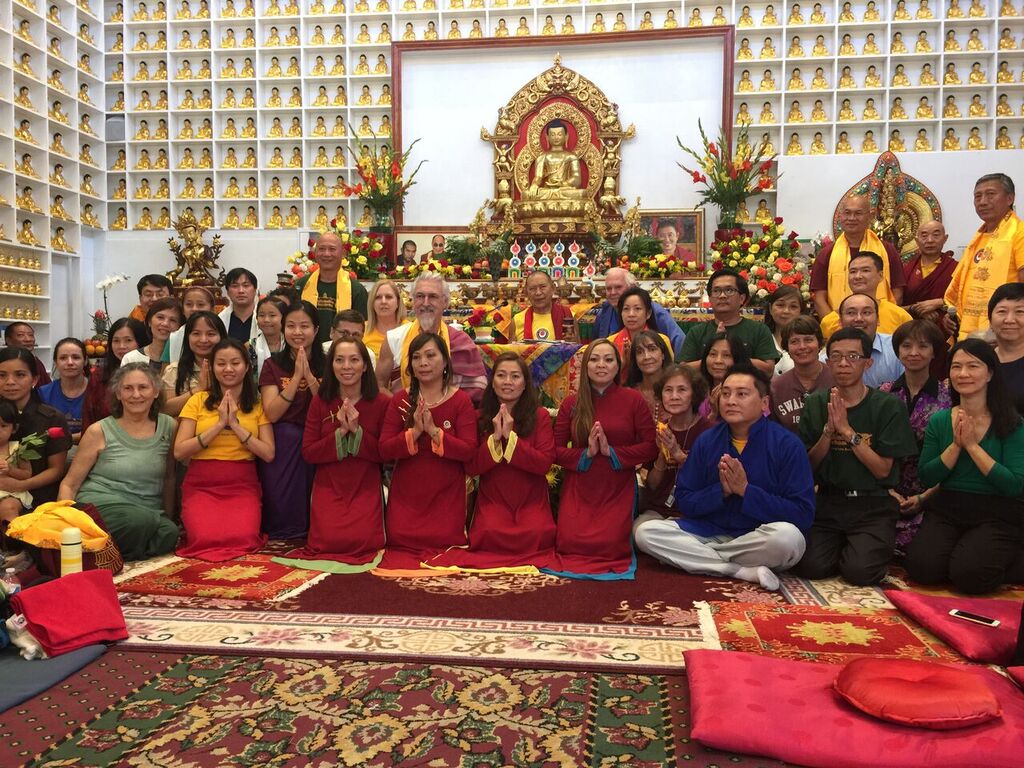 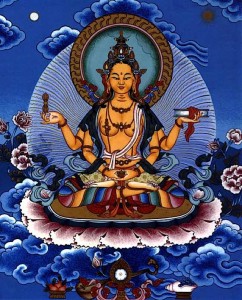 Venerable Khenpo Choephel is originally from Drigung Thil Monastery, the head monastery of the Drikung Kagyu lineage. While at Drikung Thil, Khenpo received many teachings and instructions, first from Pachung Rinpoche and later from Pachung Rinpoche’s successor, Gelong Rinpoche Vajradhara Tenzin Nyima. Aside from having received extensive teachings in Mahamudra from these two great masters, Khenpo also is a master in the ritual -traditions of Drikung Thil Monastery and has further received training in debate and philosophy at Drepung Monastery in Tibet. Before he left Drikung Thil for Nepal, Khenpo Choephel served as the chant-master of the monastery. In 2007, he was appointed “Khenpo” by Drikung Thil Monastery. Khenpo served as one of the three spiritual directors at Tibetan Meditation Center in Frederick, Maryland until 2011 and now is the Resident Lama and Spiritual Director of the Three Rivers Dharma Center in Pittsburgh, PA. Khenpo is well known for his warm and sincere interest in his students and his ability to inspire them with heartfelt practice recitations. Khenpo Choephel currently gives a series of teachings and leading the retreats on the Fivefold Path of Mahamudra, which is the most important profound practice and essence of all the dharma of Buddhism.

The Practice of Buddha Green Tara

The practice of Buddha Green Tara is one of the most important of all the Buddhist practices. Green Tara’s emerald green color, relating to the wind element, signifies that she is the active principle of compassion, thereby capable of bringing to fruition all activities that benefit others. Tara declared to Bodhisattva Chenrezig “ I will protect those who fear the suffering of samsara. Don’t Worry, I will protect them.” As consort to the meditation Buddha Amoghasiddhi, her wisdom overcomes jealousy. Together, Buddha Green Tara and Buddha Amoghasiddhi symbolize the All Accomplishing Wisdom of the Buddhas. Just hearing or reciting her name with devotion in the mantra of OM TARE TUTTARE TURE SHVA HA can liberate sentient beings from the eight or sixteen fears, overcome illnesses of the mind and body, and dispel obstacles that block awareness of one’s inner nature. Supplication to the Seven Taras: once when Lord Jigten Sumgön was staying at Echung Cave, having attained Buddhahood, he has a vision of the Seven Taras. At that time he made this supplication prayer. This prayer has manifold magnificent blessings. Drikung Dharma Surya Center 5300 Ox Road, Fairfax VA 22030 703.273.5189 web: drikun