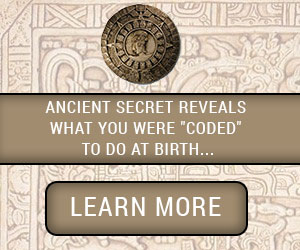 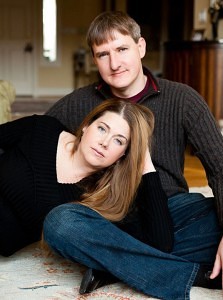 Startling Discovery: Ancient Secret Reveals What You Were “Coded” To Do At Birth…

How Smart People Over 35 Are Finally

“Finding Their True Calling… And Getting Paid To Do It!”
Discover Your True Abilities Using This Secret Ancient Code And Enjoy A “Second Chance At Life”…WITHOUT Leaving Home
Best of All, The Secret of Your “True Calling” Is Encoded In Your DNA And The Key Unlocking It Is No Further Than Your Calendar!
January 10, 2016
From: Ric & Liz, Publishers Healthy Wealthy nWise Magazine
Re: How To Use An Ancient Calendar Secret To Find Your True Calling!

Did you know that the knowledge of who you truly are (and which career you could actually get paid to shine like a star at in this lifetime) is no further away than your own DNA – “locked in” at the exact time you were born?
Did you know that this knowledge, which you’ve been carrying around with you in “code form” from birth, only needs to be plugged into a special calendar to reveal it’s secrets to you in pure form?

Did you know that, for over 1,750 years people used the secret code inside this calendar for deciphering who they were and where their special talents lay – but that this secret code was lost when the Roman calendar was imposed on the “New World”…which is the same one we all use today?

You probably didn’t know all that…but don’t worry. Most of us didn’t!
Why The Missing Code To Your “True Calling”
Has Been Hidden From You Until Now
It’s true…For years, people used this ancient calendar for everything from determining the best time to plant corn to knowing who they should marry – but then the Spanish came over the ocean in their ships, burning and pillaging, and that’s when the old stone calendar got buried in the earth and the new, Roman calendar was made “the law.”

Believe it or not, this is the very same calendar you now have hanging in your kitchen, which we’ve all been using for the past 2,058 years. This Roman calendar is known as the Julian Calendar (because they named it after Julius Ceasar! No kidding. It’s the truth).

So what’s the problem with this new calendar?

Here’s the problem: It’s got major flaws. You see, not only does it not contain the secret code that people used to unlock their potential in life, but it actually is missing several days (why we have leap years), ignores an entire cycle of the moon going around the earth, and has got the names of the months wrong!

Ever think it’s kind of strange that October comes from “octo” (meaning “eight”) – when it’s actually the 10th month? Well, you’re right! Reason is, when our calendar was first created, the Romans didn’t even count January and February as months. The official year started on March 1st…and there were only ten months!
No wonder things have gotten screwed up…
Including losing the code you needed to use to uncover your true nature in life along with:
Who your soul mate could be
What career you would shine at (and make the most money doing)
Why it’s crucial to know what your kids’ code is too
Of course, you couldn’t have known all this before. Almost nobody does. But the shocking thing is, what this means about discovering your true nature and how it’s been covered up all these years. I’ll explain in a moment (including something pretty creepy involving the number 13). But first, here’s something that is going to make you extremely happ